The Simple, Little Tool That Can Turn Envy into Power

When I was twelve one of my best friends was an amazing baseball player and got a lot of attention because of this.

Girls seemed to like him more. The coaches certainly seemed to adore him. Parents. Teachers. You name it… They all loved him. On the surface I was a good friend and joined in on the praise and adulation.

Underneath, I was green with envy. I wanted that attention. I wanted to be the man (as much as a twelve year old can actually be the man).

This is just one small example in a long line of people I have been envious of throughout my life.

The truth is, I’ve struggled with envy for most of my life.

Peek into my inbox

If my envy is left unchecked, it knows no limits and does not discriminate in any way.

I didn’t like the feelings that envy brought up in me… And the more I started to talk about it to other people, the more I realized how much of a problem it really is. We seem to be stuck in a never-ending comparison trap, as entrepreneur Lauren Bacon puts it…

Identify the 20 most influential people in your existing network

First thing in the morning, I check Twitter, only to have it list off for me all the ways I’ve already fallen behind. A colleague has released a new e-book. Two of my design heroes are announcing a collaborative project. One of my old college buddies has posted a video trailer for an upcoming online program, and she looks phenomenal, polished, charismatic (I’m still in bed, bleary-eyed, and definitely not at my most telegenic.) 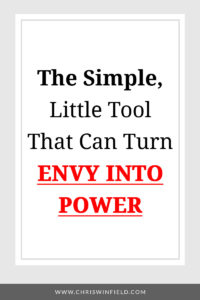 Here’s what I discovered and how I’ve been able to (mostly) channel it into something that can actually be helpful (with the help of a simple, little tool).

Why We Feel Envy

“Envy consists in seeing things never in themselves, but only in their relations. If you desire glory, you may envy Napoleon, but Napoleon envied Caesar, Caesar envied Alexander, and Alexander, I daresay, envied Hercules, who never existed.”
– Bertrand Russell

Envy occurs when a person lacks another’s superior quality, achievement, or possession and either desires it or wishes that the other lacked it. In other words, they have something we want.

Envy is often associated with the color green and is portrayed as ‘the green-eyed monster‘. You can be envious of tangible and intangible things, including someone’s wealth, their good looks, their intelligence or even their sense of humor. If they have it, you can be envious of it.

A 2013 study by Princeton University researchers shows that people are actually biologically responsive to taking pleasure in the pain of others, a reaction known as “Schadenfreude”.

Despite its reputation as being distasteful, unbecoming, petty, and downright awkward, it is likely that envy has played an important role in humans’ quest for the resources necessary for successful survival and reproduction over the course of evolutionary time.

How Envy Holds Us Back

Envy can be crippling. It takes us out of the moment and forces someones else’s dreams or lives onto our own.

It’s all ego. It’s all about keeping us stuck. As author Tess Marshall points out…

…my envy lies in comparing myself to other writers or bloggers who have best sellers, more readers, and more sales than I have. Never mind what they did to get there. My ego wants me to believe they have had an unfair advantage. 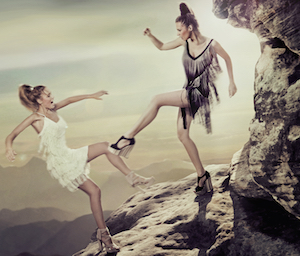 Envy limits our success and stunts our growth due to the messages we are unconsciously sending to our subconscious minds.

If you see someone who just sold their company for $200 Million and think something like this to yourself “I bet they are miserable inside. I hope something bad is going to happen to them.”

You might be doing that to make yourself “feel better” (even though it won’t) but what you are also doing is telling your subconscious mind that success on that level is actually bad.

Our subconscious minds will do whatever we tell them to do. They believe the messages we program them with.

If we are telling them that success is bad and that $200 million is going to bring hardship, it’s going to do whatever it can to steer us away from that. Even if it’s inadvertent.

Now here’s the good news… Envy doesn’t have to be crippling.

One of the first steps to overcoming envy is to flip your mindset from a scarcity to abundance. Envy is completely rooted in scarcity.  The thought that another person’s success or happiness somehow diminishes your own.

If you look at the world from the lens of abundance instead of scarcity, it’s very difficult to be envious.

Now when I see something good happen for someone — I feel joy for them. I revel in other people’s success. I take pleasure in seeing good things happen to people.

There is a huge ripple effect that happens when I do this:

Want to know one of the most powerful ways of keeping yourself from being successful? Being resentful of someone else’s success.

We are all one. So if you are resentful about someone else’s success you are telling the universe the you don’t want success, that you see it as something bad.

You don’t want they have, you want your own version of it.

Last year I read The Artist’s Way by Julia Cameron and it had a profound effect on me. The book is a course in discovering and recovering your creative self. And she focuses quite a bit on jealousy.

She believes that jealousy is a map and that each of our jealousy maps differ. As a successful author she was surprised to discover the following about her own jealousy…

I, for example, have never been eaten alive over the success of women novelists. But I took an unhealthy interest in the fortunes– and misfortunes– of women playwrights. I was their harshest critic… until I wrote my first play.

With that action, my jealousy vanished, replaced by a feeling of camaraderie. My jealousy had actually been a mask for my fear of doing something I really wanted to do, but was not yet brave enough to take action toward.

Jealousy and envy are similar but quite different. Envy occurs when we lack a desired attribute enjoyed by another. Jealousy occurs when something we already possess (usually a special relationship) is threatened by a third person.

I began to look at Julia’s work on jealousy and apply it towards envy. And this is where the magic began…

Envy is simply your unfulfilled desires and potential — looking you right in the face!

Knowing that, we can now get to work to turn envy into something good. Something powerfully good.

How to Use This Simple Tool

Look at the things that you are truly envious of. Get honest with yourself. And then write down three things for each instance.

Let’s take a look at an example…

Or how about this one?

Sounds almost too easy right? But the thing to remember is that even the biggest changes begin with small ones.

At it’s heart, envy (like most of our problems) is all about fear. The best way to defeat fear is through faith and action. Having faith in yourself and all of your amazing gifts. And then taking action so that you can share those gifts with the world.

What action is your envy map telling you to take? Let me know in the comments below.

Want to get more stuff like this? Get Free Email updates! 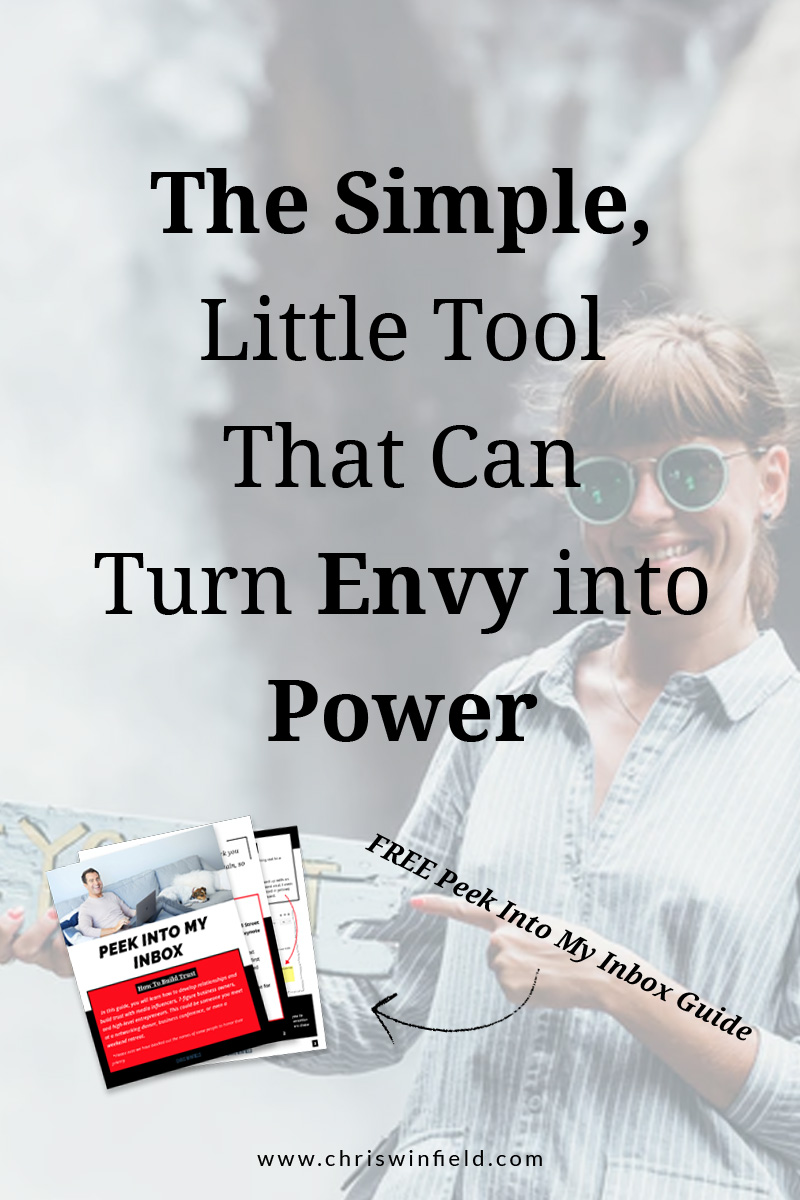